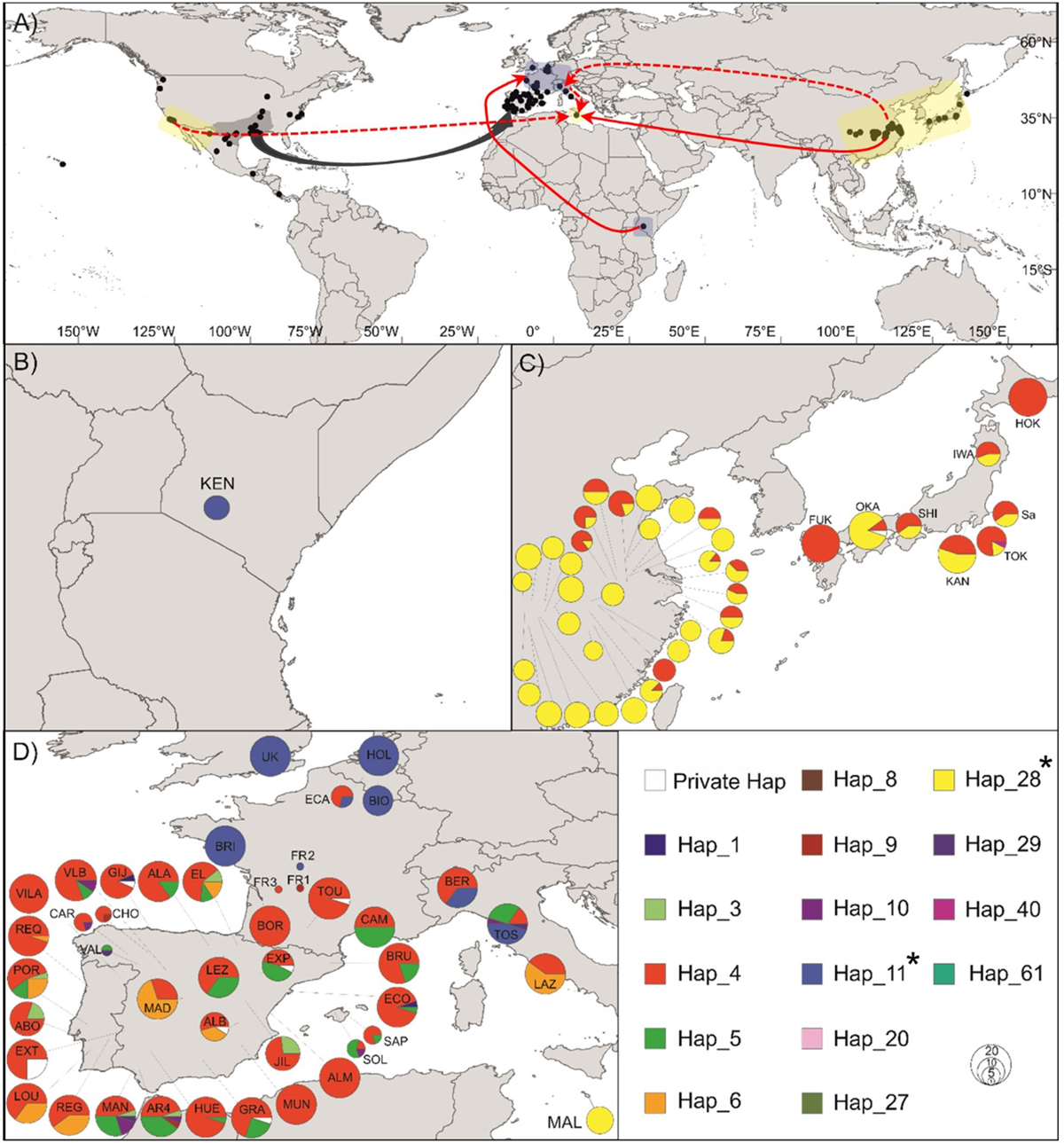 Haplotype distribution and plausible invasion routes of the red swamp crayfish from non-European areas into Europe (modified from Fig. 1 in Oficialdegui et al., 2019). (A) Introduction routes are depicted by continuous (plausible routes) and discontinuous red arrows (hypothetical route), the dark grey arrow indicates the known introductions from Louisiana in 1970s, and the yellow and blue shading depict the area where Hap_28 and Hap_11 are distributed; (B) Hap_11, in Kenyan population; (C) Hap_28, main haplotype in Asian distribution and Hap_41 is the private haplotype in OKA population; (D) European haplotype distribution with presence of Hap_11 and Hap_28 in Malta (more likely, see Sect. 4). * Indicates shared haplotypes between non-European and European areas showed in this study.